It was one of the dumber things I’ve ever done on a film shoot.

I was in Madrid, Spain, and it was well over 100 degrees outside. When we drove with the windows down, it felt like I was being blown in the face by hair dryers. There was no escaping the heat.

We were to film a ministry called Betel, which works with drug addicts in the city to get them clean and working in jobs either selling reclaimed furniture or, surprisingly, in creating some of the best rotisserie chicken in the city.

Madrid is an interesting place, because many of the drug addicts there reside in the city dump, which the city has regarded as a kind of truce area where the addicts are free to shoot up their heroin without needing to worry about the police.

It’s an odd arrangement: addicts can be addicts in the dump, just as long as they don’t come to the city streets where the tourists and respectable people are.

I was there to film for my movie Furious Love, and we were on our way to the city dump to watch some of the guys from Betel (all former addicts themselves) try to convince some of the people there to come with them to get clean.

We were told to leave our big cameras at home, as the people in this place wouldn’t think too kindly of cameras, worried that we were undercover police trying to incriminate them. Plus, when you’re a heavy drug user, you’re more likely to be very, very paranoid.

When we got out of the car, it was so hot. It was like I had entered one of the rings of Dante’s hell. The smell was horrible, I felt like I was melting, and there were junkies walking around like zombie extras for the The Walking Dead.

Within 10 minutes of arriving, some guys brought their friend up to near where we were, to a portable hospital van, because their friend had just overdosed on heroin. We captured it on our hidden camera. 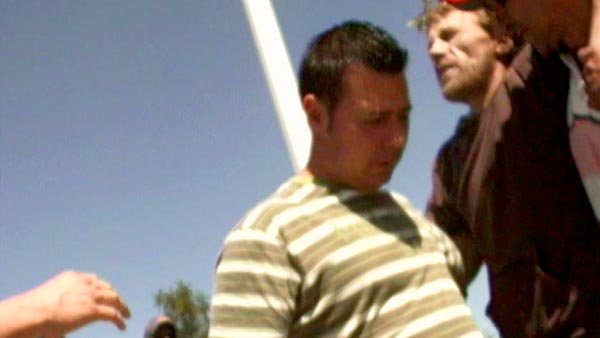 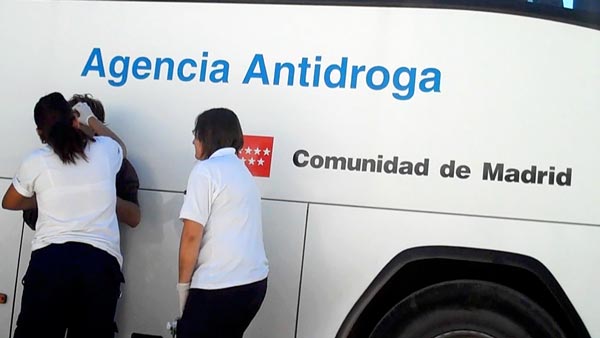 The other thing that freaked me out, and made me realize I had made a big mistake, was that there were used hypodermic needles lying all over the place on the ground. And me, in my ignorance, had thought it would be a good idea to wear flip flops that day because of the heat.

Not 20 minutes after the guy who OD’d was released from the hospital van, we saw him walking around picking up used needles from the ground, trying to find any that had even a small amount of drugs left inside them.

Our friends at Betel approached him and started talking with him, and we tried our best to capture what was happening even though we had to keep our cameras hidden and out of sight. 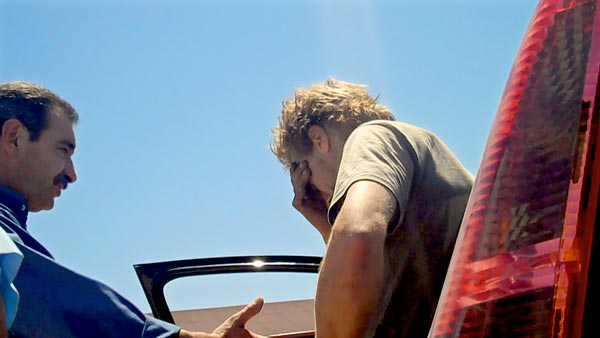 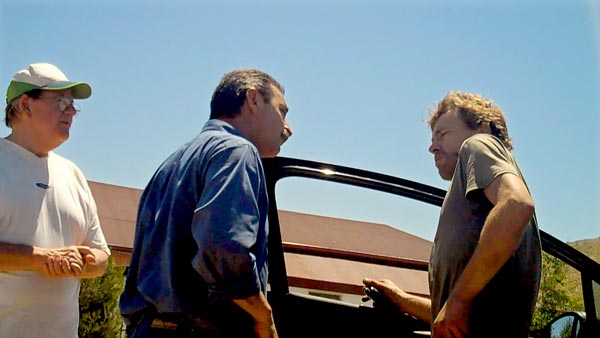 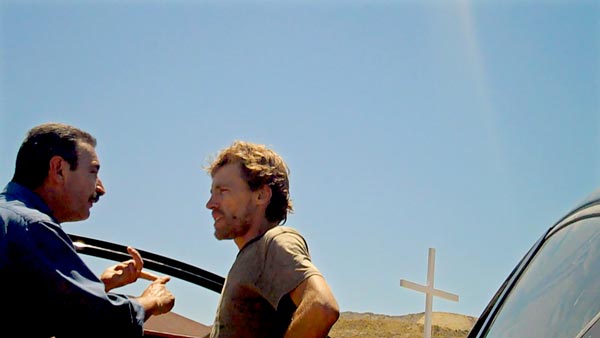 The men did their best, but this guy wasn’t ready for what they were offering. He felt he deserved this life, felt he was too worthless to receive help. It was a heartbreaking thing to watch. It was only afterwards, when we got home, that I noticed we had captured something extraordinary.

For some strange reason, a church was located in the middle of this city dump. There was a small, white cross on top of this church, and while we were filming this man, unbeknownst to us, we had perfectly framed the cross right behind the guy as he protested that he couldn’t change, didn’t deserve to change, and was a worthless piece of garbage. Yet God directed our cameras (we couldn’t see what we were filming) to perfectly capture a visual representation of what He was offering to even the most hopeless of cases.

While this man wallowed in his unworthiness, Jesus stood just behind him in the form of a cross on top of a church. All he had to do was turn, and Jesus was there to relieve him of his sadness and pain.

It seems like such a simple thing to do for anyone on the outside looking in: just turn around and repent and let God take over your life. But to the person caught in the war zone, turning around seems not just difficult, but often downright impossible.

Grace is a gift freely given, but it is not something that comes easy. Especially to those who don’t feel worthy of it, which, in the end, is really all of us.