I was filming my third feature film, the documentary Father of Lights, and I knew I was heading into the final shoot which was going to take place in Israel. I also knew that I didn’t have an ending yet.

I was making a movie about the character and nature of God (I know, I know, a small subject…) and I had already filmed God doing extraordinary things through a wide variety of people. But I wanted this ending to be something amazing. I wanted to film something that no one would ever say I “faked” or “set up”.

I wanted to film something that was truly impossible.

Two days before I left for Israel I sat in my studio, which at that time was in Chicago, and prayed. It was a simple prayer, but one filled with belief and anticipation.

“God, for the end of this film, would you please allow me to film something impossible in Israel? Something no one can ever deny. You know I don’t want this to sell more movies or to be more famous. I just want the world to see you in all of your glory and goodness.”

The shoot in Israel was 5 days long, and for the first 3 days we filmed some really cool stuff, but nothing that screamed: “this is your ending!”

We then headed down to Jerusalem for the final two days, and at this point I was beginning to sweat.

God, are you going to do anything?

Our final night before we left for Jerusalem, I learned about the Dome of the Rock. Widely considered the 2nd holiest site in Islam, it was also the location of the original Jewish Tabernacle, the Ark of the Covenant, was where Abraham almost sacrificed his son, Isaac, and on and on the history went. 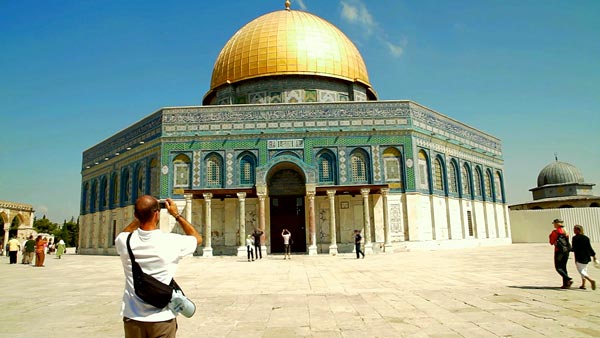 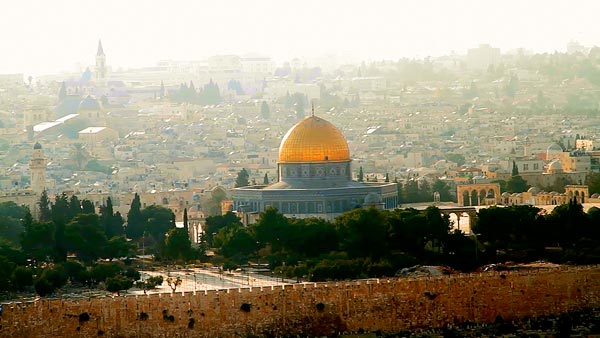 This was obviously a prime piece of real estate. But I also learned that it was pretty much impossible for a non-Muslim to get inside (let alone a Christian filmmaker with cameras in tow).

This “impossibility” became my focus. It was the only thing I had encountered that was impossible, and that’s what I had asked God to do.
So why not go for it?

We arrived in Jerusalem, mic’d up my friend, evangelist Todd White, and away we went towards the Muslim quarter of the old city. At the Damascus gate, we encountered a man wearing a yellow shirt who was limping. Todd prayed for him, the man’s legs and back were healed, and obviously he was very, very happy about it. He then went his merry way. 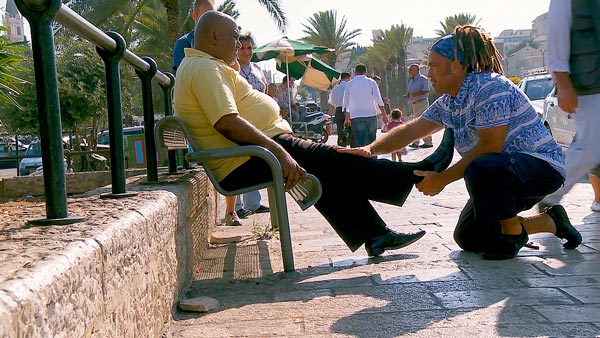 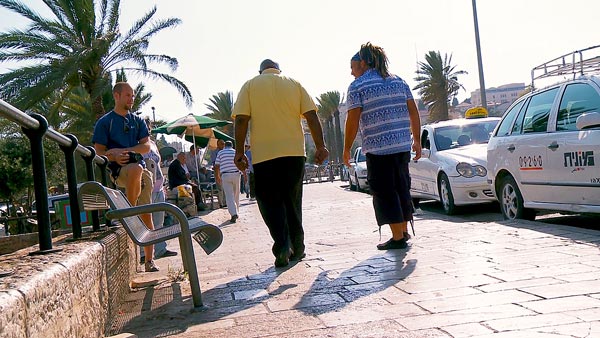 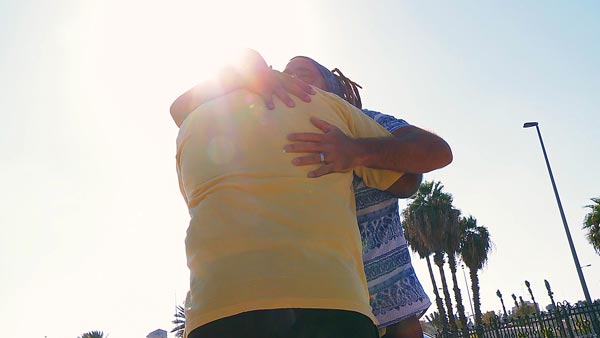 We entered the old city and began praying for people, all of them Muslim. People were being healed of sickness and pain left and right, and for over an hour we stood in the middle of the cobblestone streets praying for people.

Then a man approached us and asked us to follow him.

Why not? We’re in it pretty deep at this point anyway.

He took us to his home where his father-in-law was very sick. Todd prayed for him, and the man felt a little better. I then asked if our new friend knew any way to get into the Dome of the Rock? 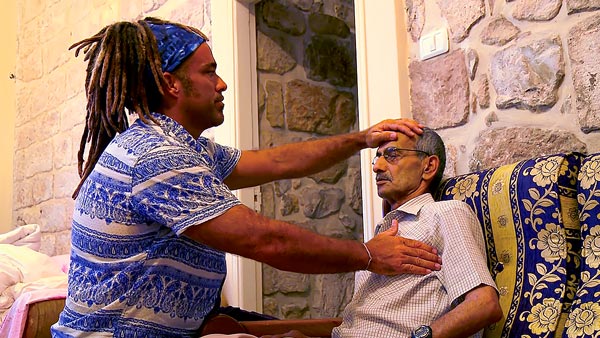 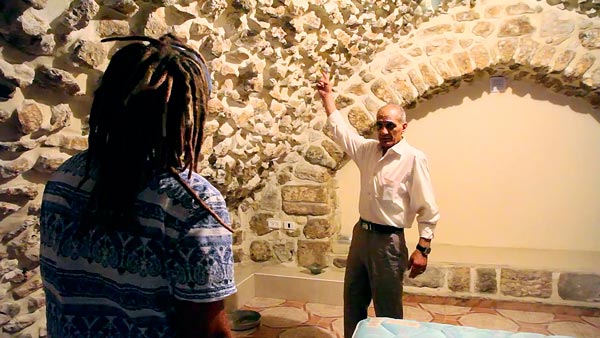 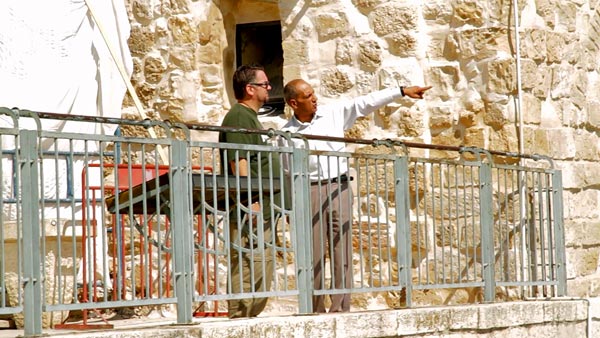 “Yeah, that’s what everyone keeps telling me. But seriously, how can I get in?”

Then he looked at me for a moment and said, “I tell you what. You just blessed me, now I want to bless you. My best friend knows everyone who works at the Dome. If there is anyone in this city who might be able to get you in, it’s this guy. Would you like to meet him?”

So away we went.

I followed this man through winding streets for 15 minutes, until we came to a courtyard and he called out to his friend. His friend then appeared, and in that instant I knew not only that God answers prayers, but that He is also the God of the impossible.

His friend was the man in the yellow shirt. 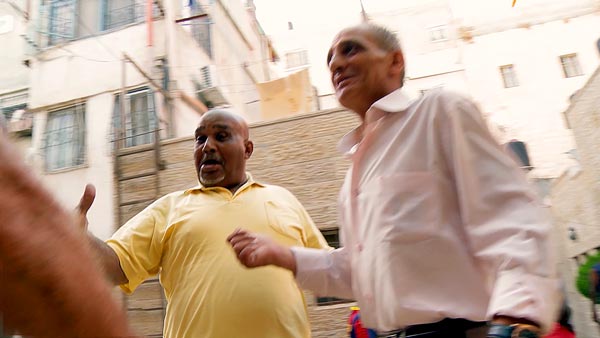 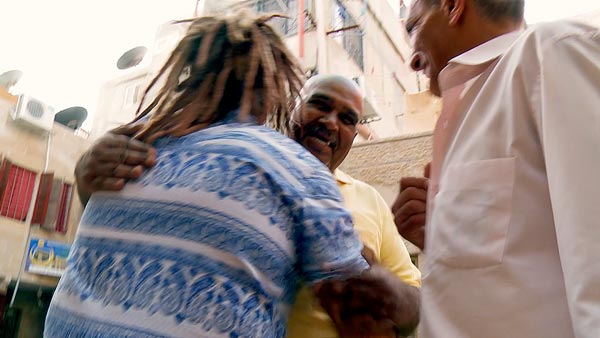 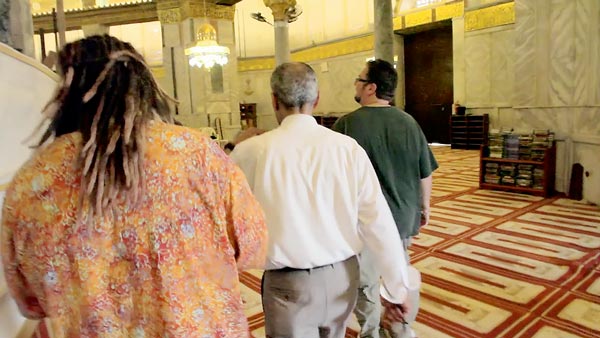 The next day, we walked into the Dome, cameras in tow, with the full blessing of the head of security over the Dome of the Rock. We filmed inside, and even proclaimed Jesus as Lord of all in the holy of holies there. It was, and perhaps will always be, one of the greatest events I have ever witnessed in my entire life.

And it all began with a simple prayer to an invisible God, and it was what I count as the true beginning of my friendship with God. It was the first time I had more faith than doubt in what I was asking for, and where I truly trusted Him to come through. That I lived the vast majority of my life thinking that God was somehow impotent and uninvolved is one of the greatest regrets I have. So I guess I’ve got to make up for lost time…

Father of Lights. You can watch this story as it unfolded because we captured it on film. See this and more stories in the full movie available now.