I only found out afterward that he stuck his middle finger up at me.

I was in Mt. Shasta, California, filming Furious Love, and we were at a New Age festival inside a school gymnasium. A place that usually holds basketball games had been converted to hundreds of merchants peddling their crystals, shawls, dream catchers and music.

The smell of incense hung heavy, and “hippie” tended to be the dominant fashion trend. Unless you were paying attention, you would never know that a spiritual battle was taking place.

I had made all the arrangements with the person in charge, and we had permission to take up a small section in the corner to pray for whoever wanted prayer. The one condition I was given was that we weren’t allowed to tell anyone that they were going to hell.

I had brought some friends and a few students from Bethel Church’s school of ministry, as well as my old friend Robby Dawkins. The day was going well, and people seemed receptive for the most part.

There were a few people, though, who took exception with the fact that we were Christians. One woman tried to stop us from praying for a young lady, even going so far as to tell the woman that we were “from the other side.” The woman didn’t care, though, because she was feeling peace unlike anything she’d ever felt before as we prayed.

When Robby went to the bathroom at some point in the afternoon, he overheard a conversation between a man who was upset with us and the one who was putting on the festival (who had given me permission to film here). The angry one was telling him that he had to put a stop to this, that we were killing the atmosphere and everyone else’s ability to “tune into the spirit realm”.

Plus, as word got out that we were praying for people with real power and accuracy, others were losing business. Robby listened as the festival organizer sympathized with the man, but told him there was nothing he could do.

“What are you talking about,” the man protested, “just go over there and shut them down!”

“You don’t understand,” the organizer responded, “I’ve tried three times now. Every time I decide to go tell that one (he pointed at me) that they have to leave, I get frozen in place, and I can’t move.”

The angry man huffed and puffed a little more, then asked who I was.

“I think he made a movie called Finger of God.”

The man huffed again, then held up a middle finger towards me and said, “Here’s your finger of God!”

Sometimes when I’m filming, I so wish I could see into the spiritual realm to catch a glimpse of what’s going on behind the scenes.

This was one of those moments.

A short time after this, Robby was approached by a man named Sammy, who wanted prayer. Robby immediately saw some things prophetically about Sammy, and he told him what God was showing him about Sammy’s life. A short time later, Sammy had a powerful encounter with Jesus himself. 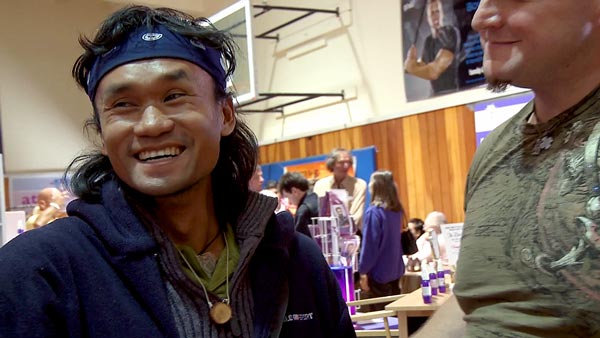 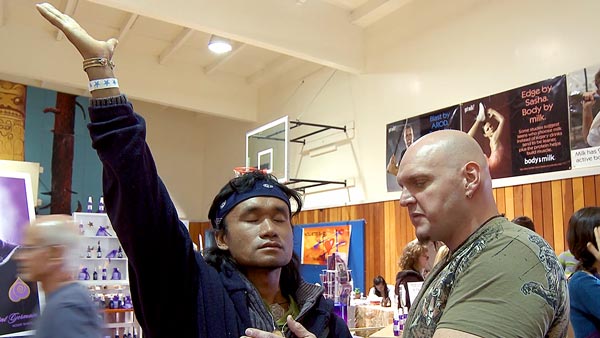 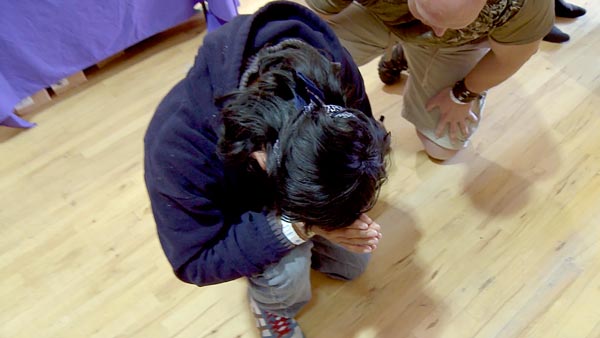 He told Robby that he was having a vision of a man on a white horse with a sword in his hand, and that he was driving dark spirits from Sammy’s body. Sammy then kneeled down in prayer.

At that point, Robby leaned over and asked Sammy if he would like to accept Jesus into his life, and Sammy simply looked up at him with tears in his eyes and said, “Robby, I just did.”

What kind of war was raging around that young man that day, I’ll probably never know. But the result of the war was yet another victory for the King of glory, who fought hard with love to win the heart of one of his children. There may have been others who were critical and didn’t have eyes to see that day, but for one man at least, there was a reunion with a Father he never knew he had.