In my opinion, there’s really only two ways to do evangelism. And yes, I’ll say it, only one way is the right way.

There may be people who will disagree with me (actually, I’m sure there will be) but for the life of me, I can’t think of a single good reason to tell people about Jesus the other way.

Let me explain what I’m talking about.

I was filming my third movie, Father of Lights, and I was in Venice Beach in California. We were walking around trying to pray for people, and I kept noticing these people with big yellow signs with various Bible verses on them, many of which were of the hell-fire variety.

The goal of communication was obvious—you’re a sinner, and you need to repent, or you’re going to hell. 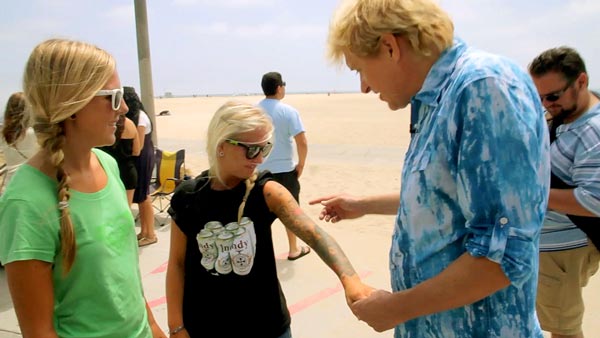 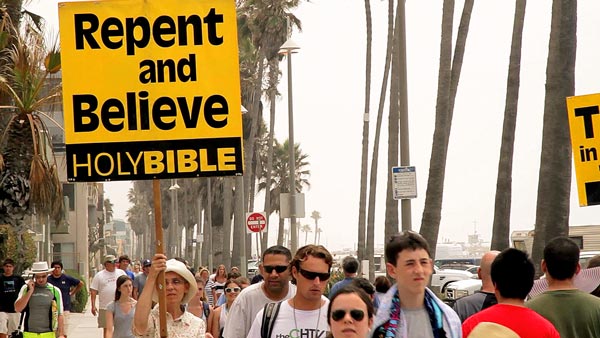 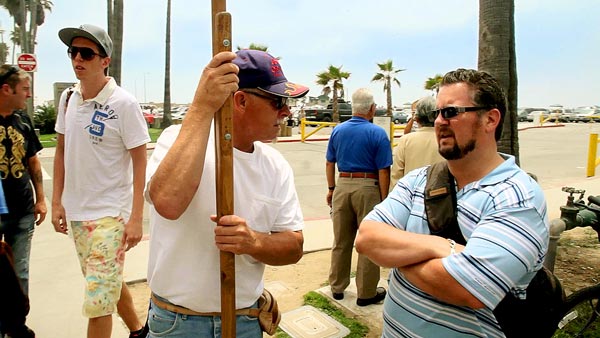 Now, to some that seems totally fine. After all, it’s the truth, they’ll say. But I would reply that sometimes “truth” isn’t always wisdom. I have a strong suspicion that Christians who take this approach—this “us against them” mentality—are not remotely operating out of love, and are therefore operating in sin.

For starters, Jesus never did this. While it may be true that if you don’t follow Jesus you will go to hell when you die, when Jesus met with “sinners” He always approached them with compassion and friendship.

Zaccheus, come down from that tree, we’re having dinner at your place tonight.

Woman, where have your accusers gone? Neither do I condemn you.

This was always Jesus’ response to those lost in sin. His harshest words were left for the religious people who were making things difficult for everyone else. I don’t think it’s a far stretch to figure out who Jesus would have issue with these days.

In my films, I usually try to talk to these people to try to figure out what makes them tick; why they do what they do and why they think it’s a good idea. Usually, I get the same answers:

It’s always the same thing, hiding behind an excuse of “telling the truth”. But the major problem with this approach is the fallacy that your words are going to be the thing that causes someone to repent.

Romans 2:4 makes it clear that God’s kindness leads us to repentance, not our formidable words or warnings. So it seems to me that the most effective way to get someone to “repent” isn’t to point out how horrible they are, but to simply introduce them to God’s kindness.

I’d prefer to let God be God, and not try to do His job for Him.

While filming this scene in Father of Lights, though, the Lord also showed me the plank in my own eye. I realized that I was just as judgmental and critical of these Christians as they were to the people around them.

I find it interesting how blinded we can become whenever we have strong opinions on something, and whenever you are dealing with faith, you are definitely encroaching on strong opinion territory. I had to repent myself and go to these guys and love them, pray for them, and bless them.

It was an interesting moment for both myself and my team. I remember Doug Addison, who was the minister we were filming with that day, not necessarily wanting to go talk to these guys because he didn’t trust himself to be super loving towards them.

But then, after we were able to just have a conversation and treat them as the human beings they are, he turned to me and thanked me for making him do that. It healed something in his heart, he said. 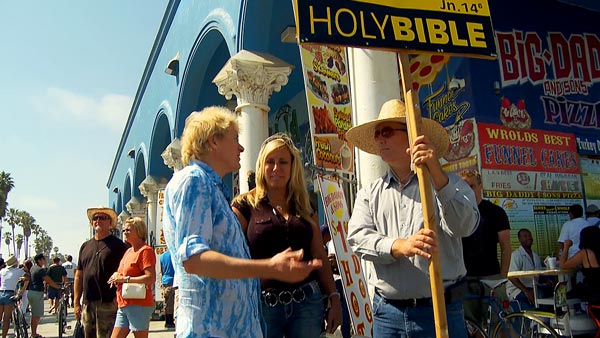 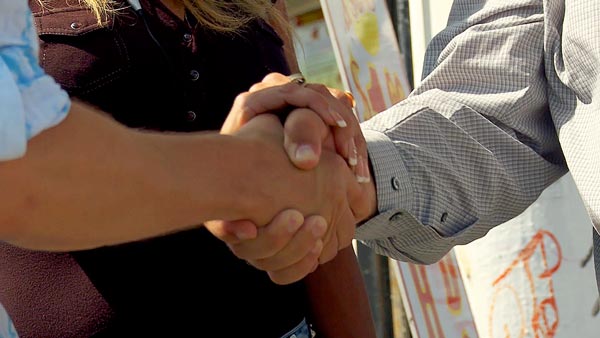 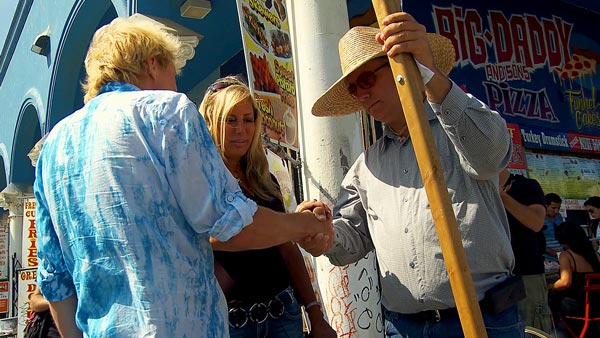 Strong opinions are great until they stop you from treating someone with respect, kindness, and honor. Once those three things are ignored, you are simply another loud gong that neither the Father nor the person you’re talking to is going to hear.

You may feel self-righteous and proud of yourself for “telling the truth”, but you didn’t do it out of love, no matter how you want to frame it. And before you try to argue that it IS loving, keep in mind that we have a perfectly laid out definition of what love actually is in 1 Corinthians 13:4-7.
Love is patient and kind; it doesn’t envy, doesn’t boast, isn’t prideful; it’s not rude, it’s not self-seeking, it’s not easily angered, and it keeps no record of wrongs. So as soon as you bring up a person’s sin and their record of wrongs, you’ve stepped out of love.

Instead, try this. Introduce them to the Father and His love for them. Let His love, His kindness, and His Holy Spirit to the restorative work of repentance. Ease your hand off the throttle and just let God be God.

Father of Lights. You can watch this story as it unfolded because we captured it on film. See this and more stories in the full movie available now.