In 2006, Darren Wilson had an encounter with God that began his journey into the supernatural and discovering the true God of the Bible. What started out as a short film quickly turned into Darren’s first feature film, called Finger of God. Made for a shoestring budget of $20,000, Finger went on to become an underground cultural phenomenon, and launched Darren into a new career as a filmmaker.

The films that followed make up a journey of sorts—Darren’s journey—into a new world of God’s goodness, grace, and power. Each film focuses on a different aspect of God, and while they can be watched and enjoyed independently of each other, together they have evolved into a kind of narrative story all their own.

The movie that started it all. At the time, Darren was a college professor and a skeptic of the supernatural. An encounter with God changed all that, and he set out to make a movie asking the question: is God still doing miracles today? Since this was never a film Darren expected the world to watch, it was never created to be a “proof” of miracles, since Darren wasn’t even sure what he believed about them when he started. It is simply his journey into a new and sometimes strange world of supernatural Christianity. But it also planted the seed inside of him that while miracles are wonderful, God’s love is the key to everything.

Prepare to go on a dizzying journey around the world – from the streets of Northern California to the mud huts of Africa; from the underground church in China to the Gypsies in Eastern Europe – you will be challenged and encouraged by the extraordinary things God is doing in our world today. Born out of filmmaker Darren Wilson’s personal journey of two years and hundreds of hours of footage, Finger of God will show you a world you never knew existed. A world of hope and courage. A world where God’s fingerprints are found in the unlikeliest of places. 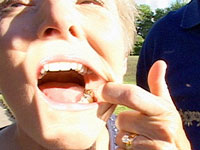 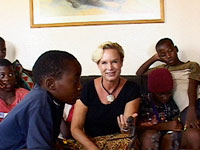 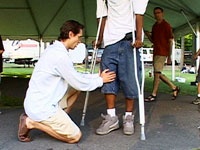 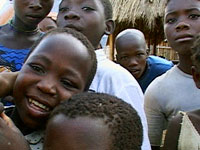 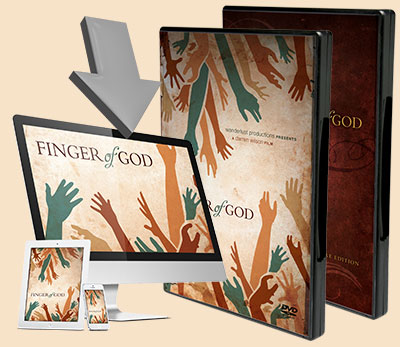 Darren’s second movie housed a bigger budget and a bigger question: Is there any limit to God’s love for the world? This is both a darker film (it should probably carry a PG-13 rating) and a more emotional one as well. To test the limits of God’s love, Darren filmed in some of the darkest spiritual climates on the planet. The sex trade in Thailand. Witchcraft and New Age festivals. With heroin addicts in Spain. In demon tents in Africa. The result is a film that examines spiritual warfare in a new way, and also furthered Darren’s understanding that God is ferocious in His love of people. His grace is both wonderful and scandalous, and truly nothing in this world can separate us from His love.

In this follow up to the breakout hit, Finger of God, join filmmaker Darren Wilson as he travels the world to some of the darkest spiritual climates on the planet. His one goal: to put God’s love to the test. Demon tents, New Age and Witchcraft festivals, the persecuted church, heroin addicts, the sex trade…they are no match for the raw power of God’s unconditional love. This powerful, haunting film will open your eyes to the war raging around us all, and will challenge everything you know about the strength and majesty of a God who furiously fights for us with the greatest weapon in the world…Love. 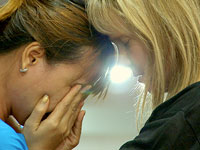 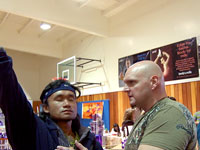 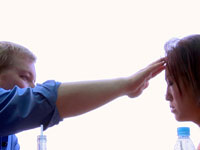 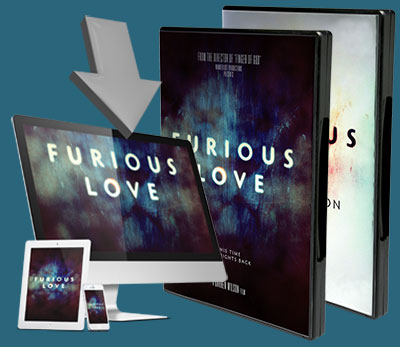 After Furious Love, Darren knew he needed a proper understanding of who God was—of the Father’s true character. So he made Father of Lights to examine and dig into the very nature of God. Whether it was dealing with witch doctors in India, persecuted Christians in the Middle East, sign wielding Christians in California, or literally filming the impossible in Israel, Father of Lights is the film that fully ushered Darren into a trusting friendship with God. Once again, a God of love takes center stage, but this was also where Darren started to take on a few of the “religious” mindsets that had plagued him his whole life. Those mindsets would be fully assaulted in his next film…

If God could be filmed, what would He look like? In this explosive documentary, filmmaker Darren Wilson attempts to do the impossible: film God and understand His character. Along the way, Darren and his team encounter powerful witch doctors, violent gang leaders, Hindu holy men, and everyday people with extraordinary experiences to tell. Father of Lights attempts to tear away much of the bad press the Almighty has received over the years, and reveals a God who is far better than anyone could have possibly imagined.

Prepare to see the impossible. Prepare to meet your Maker. 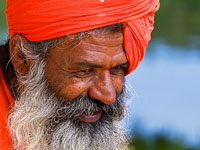 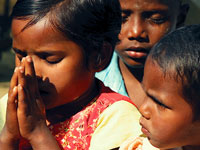 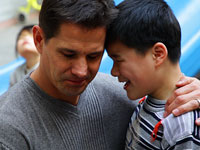 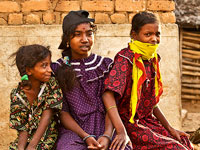 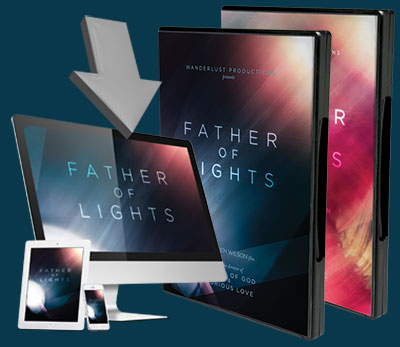 At this point, Darren was no longer a skeptic, so the narrative had to change from the inquisitive everyman who wasn’t sure about what he was seeing, to who he had now become: a friend of God. When he felt God calling him to make a movie about the Holy Spirit, he decided to take it as far as he could. He set out to make the first film in history that was, as much as possible, completely led by the Holy Spirit. No plan, no safety net, just hope you hear God correctly and go in faith. Featuring an all star cast as wide ranging as Lenny Kravitz to Korn, Holy Ghost is a film designed to get your attention and start a discussion.

Can the Holy Spirit direct a movie? In this fast-paced documentary from the director of the popular films Finger of God, Furious Love, and Father of Lights, Darren Wilson sets out to make a movie that is completely led by the Holy Spirit. No plan, no script, no safety net–just go wherever he feels the Spirit leading him to try and discover the adventure God has for him. Whether it’s the riches of Monte Carlo, a heavy metal concert, or the oldest city in the world, the result is a film that not only challenges and excites, but also reveals a God who is far more alive and active than you ever imagined. 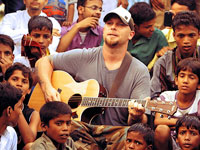 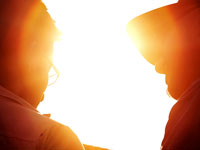 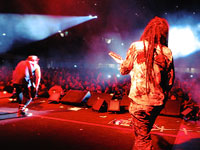 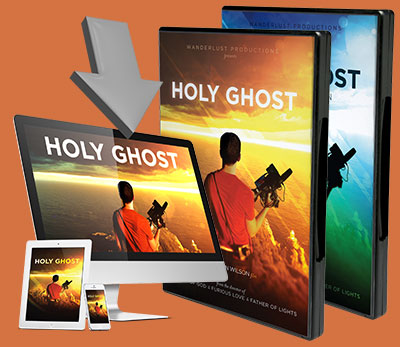 While filming Holy Ghost, Darren quickly realized that he had far too much footage for just one movie, so he decided early on to split it into two parts. Holy Ghost Reborn is in one sense a sequel to Holy Ghost, but in another sense it is the other side of the same coin. This is perhaps Darren’s most emotional film, and where Holy Ghost sought to cause a stir, Holy Ghost Reborn tries to go deep into the character and nature of the ever-mysterious Holy Spirit. The result is a film that is emotional to its core, because God’s spirit ultimately seeks to touch people with His love, and true love is grounded in emotion and truth. Whether he is filming in the middle of riots in Rome, with prostitutes in Brazil, with witch doctors in South Africa, or with Navy SEALS in the U.S., Darren finds that God’s Spirit is a never-ending fountain of love and grace.

Not All Who Wander Are Lost. In Holy Ghost Reborn, the sequel to the popular and controversial Holy Ghost, Director Darren Wilson continues his journey around the world on his quest to make a movie that is completely led by the Holy Spirit. Although the scope of the film is indeed huge, with Darren filming in the middle of a massive protest in Rome, with a witch doctor in Africa, with prostitutes and the homeless in Brazil, amidst the ancient ruins of Greece, and even with a group of Navy SEALs, Holy Ghost Reborn is ultimately a film about one man’s search for the Spirit of God. It is a Spirit that created the Universe, but ultimately desires to reveal the truth of Jesus to all of us, individually. Darren searches for an invisible God, and finds a tangible friend who relentlessly pursues us all. 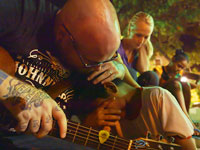 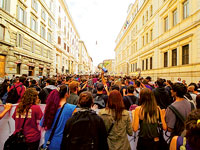 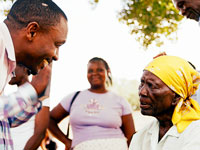 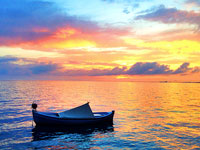 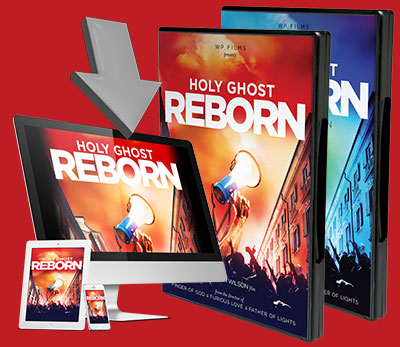 The great struggle for artists since the very beginning has been how to raise money to be able to move forward in creating their vision for the world. Over the years Darren and his team have tried a number of ways to do this: investors, self-funding, and Kickstarter have all met with some measure of success, but each of those solutions also comes with serious drawbacks. In 2015 God gave Darren a vision of a harbor with thousands of ships coming in and out, all with a flame of fire in the middle of them. Finally, he had a new idea how to both finance WP’s projects, and also bring WP’s fan base together in a unique and satisfying way. From this vision, Legacy was born. Fans would come alongside Darren on a yearly basis, thus easing his need for the money needed to make more content. Those fans would then be given a ringside view of everything Darren works on and get everything before the rest of the world. In essence, fans would become family.

Legacy is a first of its kind, exclusive online creative community with one vision: to create content based on honest God questions in order to release freedom and breakthrough to the world. Our films have begun a Legacy and your annual subscription makes you part of the community that will continue it.

Darren has long wanted to make a television series, as his films are uniquely suited for a more condensed, shorter format. In 2015 he struck up a conversation with Matt Crouch, the head of TBN, and they began discussing the possibility of Darren creating a show unlike anything anyone has seen before. After going through a few iterations, Adventures With God was born. Darren wanted to return to many of his past adventures with his current understanding and questions, and in a sense, “reimagine” everything he had filmed in the past. Add to that the fact that he had new adventures that had yet to be seen by anyone, and you have a show that ties together the last 10 years of Darren’s journey into something cohesive, vibrant, and still very current.

Born out of Adventures With God, this series takes a deeper look at the question raised in each episode of AWG, with a more robust representation of the round table discussions with pastors, evangelist, and celebrities. You’ve never seen Christian leaders being this vulnerable and honest, showing that it’s okay to really wrestle with questions about God even as you are committed to deep friendship with Him.

The first feature film from WP Films not directed by Darren Wilson, this Will Hacker helmed spiritual sequel to the original film will revisit some of the people and places from previous films, and also forge its own new, exciting adventures with God around the world. Featuring many of the faces you’ve come to love from a WP film, FOG 2 will be an exciting new chapter in the canon of WP’s “god-umentaries.”

Darren’s next feature film, and his final entry in his 6-film adventure, this explosive finale will focus on the most important person to ever live. Jesus.