It was a lesson in expectation, and I got schooled.

When I was growing up, I always believed in God but for the most part, I was more afraid of Him than I was drawn to Him. I mean, I knew He loved me and all, but I also saw what He did to the people He got close to (or should I say, the people who let Him get close to them) and that was a God I wanted little to nothing to do with.

So I lived most of my life trying to find what I call the “sweet spot” of Christianity. This is where you’re just spiritually engaged enough, so you don’t feel like a total spiritual loser, but where you also keep God at enough distance that He doesn’t become dangerous. It was, to say the least, an exhausting way to be a Christian.

One of my biggest fears growing up was that I would give my life totally over to God, and He would, in turn, make me sell all I have and move to Africa to become a missionary. All my dreams, all the things I enjoyed about life would be dashed in my “radical pursuit of God”.

Nope. Not going to do it.

I think I’ll just stay here in America and enjoy my football, thank you very much.

I remember thinking about my fear of being sent to Africa right before I got on a plane to go to Africa. I was filming my first movie, Finger of God, and I was heading to Mozambique to film with a couple named Heidi and Rolland Baker, who have a ministry that feeds tens of thousands of children a day and was seeing outrageous miracles happen all the time.

Since I was making a movie about the miraculous, it seemed like a perfect fit. But the fact that it was in Africa was not lost on me. Of course, right then I had a bigger problem on my hands. My brother-in-law, Matt, was lying on his back in O’hare airport on the verge of passing out.

Apparently, there’s this “thing” that happens to him every once in awhile where air gets pinched in his neck and doesn’t make it all the way to his brain and when he stands up he passes out. At least that’s what he told me was happening.

All I knew was that every time he stood up to go through security, his face would go slack, and he’d fall down. This was a slight problem for me because I was going to Africa to film for the first time and Matt was going to be my 2nd camera and support system.

Now an ambulance was just outside, and paramedics were surrounding him, and we were both trying to talk them into just carting him through security in a wheelchair so he could get on the plane. But security was insistent that unless he could walk through security, he wasn’t getting on that plane.

It was a lonely, frightening experience to watch them put Matt in the ambulance and drive away, and I then had to walk through security alone. Matt was ticked because he knew what this was and knew it would pass if he could just get some rest on the plane, but just like that, his first trip to Africa was cut short.

While I was making Finger of God, I never expected God to do much whenever I went somewhere to film. I hoped He would, but it was always a shock when He did move.

So when I sat in the truck next to Heidi Baker on our way to an outreach in a village in the middle of nowhere Mozambique, I asked her what I thought was a legitimate question:

“So, do you think God will do anything tonight?”

She literally laughed at me. “Of course!”

I felt offended and stupid at the same time.

Heidi smiled. “Because He always does.” 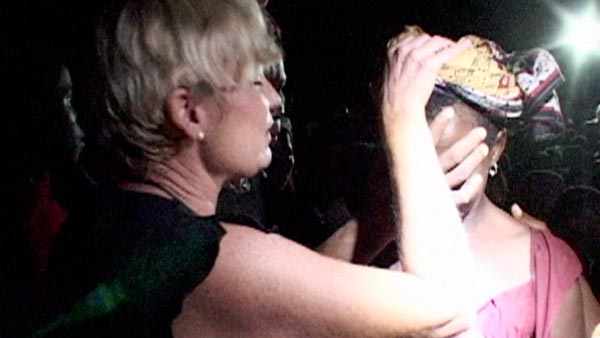 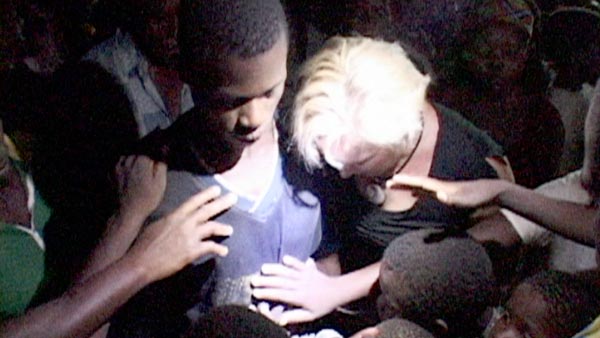 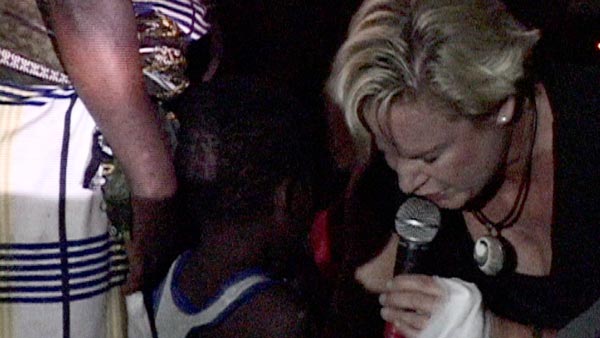 And just like that, I had been taught a lesson. I’m not quite sure how the correlation between expecting God to move and Him actually moving works, but it’s definitely, like, a thing.

Maybe that’s just a long-winded way to explain what faith is, but for a brief moment in a bouncy truck in the back roads of Africa, I saw the very clear difference between a man who had next to no faith and a woman who was swimming in it.

That night, I saw my first deaf ears opened, and my own faith took its first breath.